The “liberal media” is a myth. In 1987, Reagan’s Federal Communications Commission killed the Fairness Doctrine. The Fairness Doctrine required public media to present issues honestly and fairly. Without the need to be honest or fair, radical right-wing talk radio took off. In 1996, Australian-born Rupert Murdoch started the Fox News Channel. The “liberal media” was over.

Now, most people live in their media bubble. For example, Biden created 10 million new jobs with an unemployment rate down to 3 percent.  In four years, Trump lost three million jobs, the worst record since Hoover. However, 37 percent of Americans wrongly believe the economy lost jobs over the last year. Just 28 percent of people know jobs were up.

CBS News even hired South Carolina’s own Mick Mulvaney as a overpaid on-air contributor. Mulvaney was an alt-right representative from 2011 to 2017. Then he worked for Trump as the director of the OMB, acting director of the CFPB, and Trump’s Chief of Staff. On behalf of Trump, he pressured newly elected Ukraine president Volodymyr Zelensky to announce a frivolous investigation into Joe Biden’s son, Hunter. He withheld vital defense arms and funds.

As director of OMB, Mulvaney allowed Trump to withhold $400 million Congress had appropriated for Ukraine’s protection against Russia.  When the story came out, Mulvaney told the press that Trump had indeed withheld the money to pressure Zelensky to help him in the 2020 election.

“I have news for everybody,” he said. “Get over it. There’s going to be political influence in foreign policy.” He immediately walked the story back, but there it was. 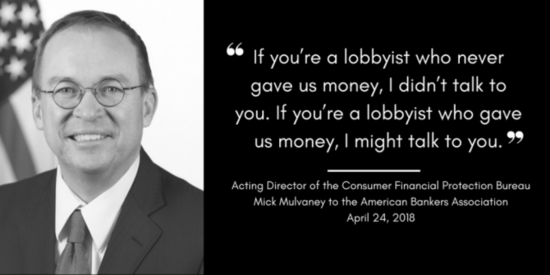