Social Security is the No. 1 anti-poverty program for children. Social Security is popular for poor and elderly retirees. However, it also provides support to children with a parent who has died or become disabled. Over 15 million beneficiaries are disabled or survivors of dead workers.

The programs needs to expand for the 21st Century. 200 Democrats in the House support expansion. “Social Security 2100: A Sacred Trust” would immediately expand the program’s benefits for all 65 million recipients. The bill has also been endorsed by many outside organizations, including the NAACP, the National Organization for Women, and MoveOn.

Social Security 2100 would change rules so that surviving spouses would get at least 75 percent of the combined benefits received by them and their late partner.

Benefits for each recipient of Social Security would go up right away by $30 per month. $360 per year for individuals or $720 for couples.

The Social Security 2100 bill would raise the special minimum benefit to about 125 percent of the poverty level.

Social Security 2100 would recognize caregiving as work. Caregivers can get work credits. 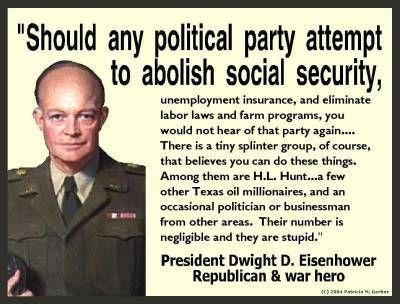