Meanwhile, Trump is encouraging his supporters to vote illegally. Speaking to reporters at the White House, Trump asked supporters to commit a felony: He said they should try to vote twice. He told them to vote once by mail, then again in person to test the state’s voting system. North Carolina’s attorney general said that what Trump broke the law with this suggestion.

Trump believes he can overwhelm and undermine the state’s voting system.  He thinks he will gain an advantage if his supporters cast multiple ballots. Trump has now called on his supporters to engage in the kind of election fraud he has long railed against without evidence.

“Let them send it in and let them go vote, and if their system’s as good as they say it is, then obviously they won’t be able to vote,” the president said. “That’s the way it is,” he added. “And that’s what they should do.” This is a crime. This suggestion is voter fraud.

Elections experts say cases of mail-in voting fraud, and electoral fraud in general, are exceedingly rare in the US. Past attempts to commit mail-in voting fraud have been small. Typically local scams fail because of safeguards to prevent and catch such efforts.

“When the President says that it’s going to be fraudulent, that it’s going to be rigged, he’s speaking with absolutely no credibility. There’s no evidence of this. There’s no evidence that the states that vote all by mail have larger rates of fraudulent balloting. In fact, fraudulent balloting is rare in all states in the United States,” said Rick Hasen, an election-law scholar and the author of “Election Meltdown: Dirty Tricks, Distrust and the Threat to American Democracy.”

The conservative Heritage Foundation conducted a study of voter fraud cases going back to the 1970s. 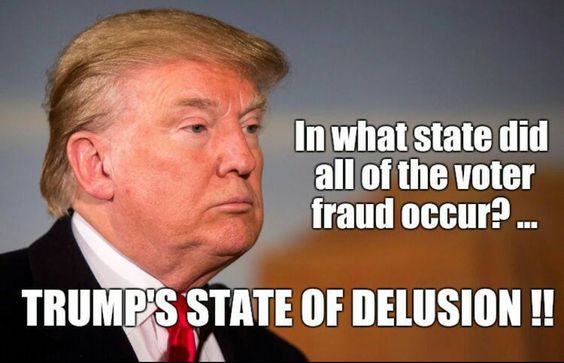 Republican election lawyer Benjamin L. Ginsberg wrote an op-ed in the Washington Post. Ginsberg spent his 38 year career defending Republicans in American elections. In fact, he was the lawyer for four of the past six Republican presidential nominees. Ginsberg said that Republican rhetoric is not “sincere concern,” but rather “transactional hypocrisy designed to provide an electoral advantage.”

Ginsberg says: “The truth is that after decades of looking for illegal voting, there’s no proof of widespread fraud. At most, there are isolated incidents — by both Democrats and Republicans. Elections are not rigged. Absentee ballots use the same process as mail-in ballots — different states use different labels for the same process.”