McKnight’s reported on a strange and disturbing story.  The Citadel at Winston-Salem suspended nurse Kelly Morris for videos posted on TikTok that allegedly showed her joking about abusing residents. Why would you joke about that?

“Misuse and unprofessional use of social media platforms by employees violates our core values and is not tolerated. Any form of resident abuse is never tolerated. Be assured we have handled the situation and reported her actions to all appropriate state and federal agencies.”

Accordius did not disclose material information though. Did residents previously complain about the caregiver? Did supervisors ever discipline her previously for abuse or neglect? I have my suspicions. Do you?

She then had the audacity to create a GoFundMe page to make money off her tasteless behavior. The page states:

First I’m going to say to the people that were offended by my “jokes” on TikTok, I will apologize. No one was actually harmed or in any danger, they were bad taste jokes. I am out of work due to these “jokes”. Second, I still have children that are in my custody as a single mother that still need basic needs. I’m no longer commenting on the negativity I am receiving.

She has no remorse. No empathy. She only thinks of herself. She fails to grasp how offensive jokes about elder abuse are. Incredible.

Her campaign has raised thousands. She is going to financially benefit from atrocious “jokes”about the abuse and neglect of vulnerable adults. Wow.

How desperate are nursing homes for competent and qualified caregivers?  Unfortunately, I am sure she will find a job soon. Knowing Accordius, they will allow her to return. Would you want her to care for you or your loved one? 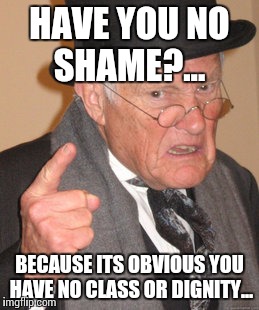