The New York Times had a great article by German Lopez on guns in America.  He argues convincingly that gun deaths are unique to America because of the number of guns and the inability to restrict use and ownership.

The majority of gun deaths in 2021 were suicides. Nearly half were homicides that occurred outside mass shootings; they are more typical acts of violence on streets and in homes (and most involve handguns). Mass shootings were responsible for less than 2 percent of last year’s gun deaths.

He makes some excellent points and supports them with research and common sense. Below are excerpts.

In every country, people get into arguments, hold racist views or suffer from mental health issues. But in the U.S., it is easier for those people to pick up a gun and shoot someone. 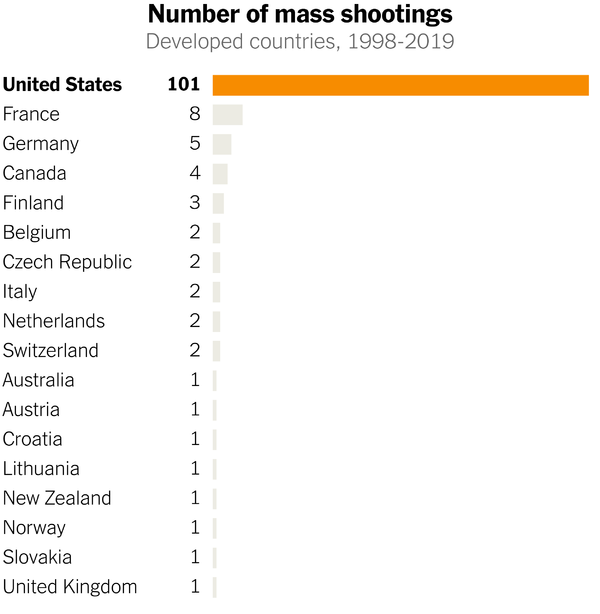 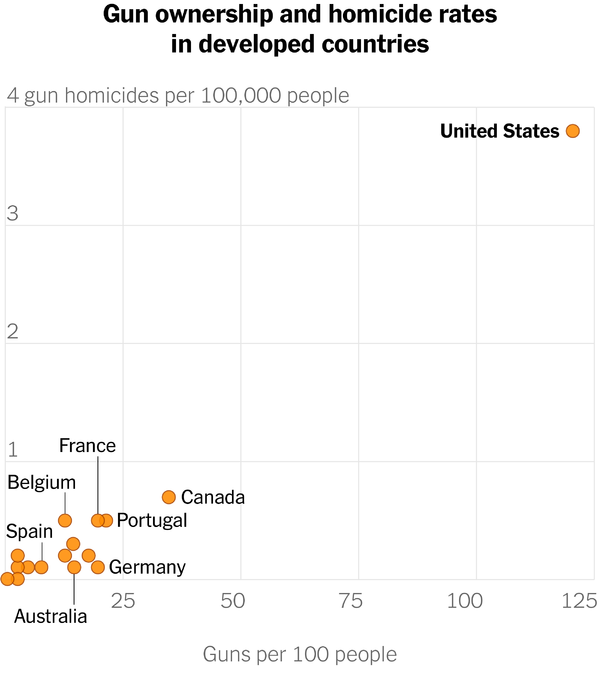 Stricter gun laws appear to help. They are associated with fewer gun deaths, in both a domestic and global context, while looser gun laws are linked with more gun deaths. The U.S. is always going to have more guns, and consequently more deaths, than other rich countries. Given the Second Amendment, mixed public opinion and a closely divided federal government, lawmakers face sharp limits on how far they can go.

To reduce mass shootings, experts have several ideas:
1) Raising the age for the purchase of certain weapons;
2) Expanding liability to gun manufacturers and distributors who market to minors;
3) Promote gun safety and training;
4) Ban assault weapons that would make mass shootings less deadly, some experts argue;
5) Establishing and enforcing “Red flag” laws allowing law enforcement to temporarily remove guns from dangerous or violent people;
6) Require and enforce background checks and remove legal loopholes; and
7) Amend the Second Amendment to allow reasonable limitations to the use and ownership of certain weapons.

More guns equal more gun deaths, whether a gang shootout in California, a suicide in Wyoming or a school shooting in Texas.