There is hope that CMS will fix reimbursement rates associated with the Patient Drive Payment Model (PDPM). PDPM replaced the Resource Utilization Group – Version IV (RUGS-IV) on Oct. 1, 2019. PDPM is a case-mix model that relies on the accurate assessment and coding of over 150 items on the SNF minimum data set (MDS) patient assessment instrument.

It was designed to shift incentives away from therapy volume and toward treating patient needs. Unfortunately, therapy services declined. Skilled nursing patients received about 13% fewer therapy minutes after the onset of the Patient-Driven Payment Model in October 2019. 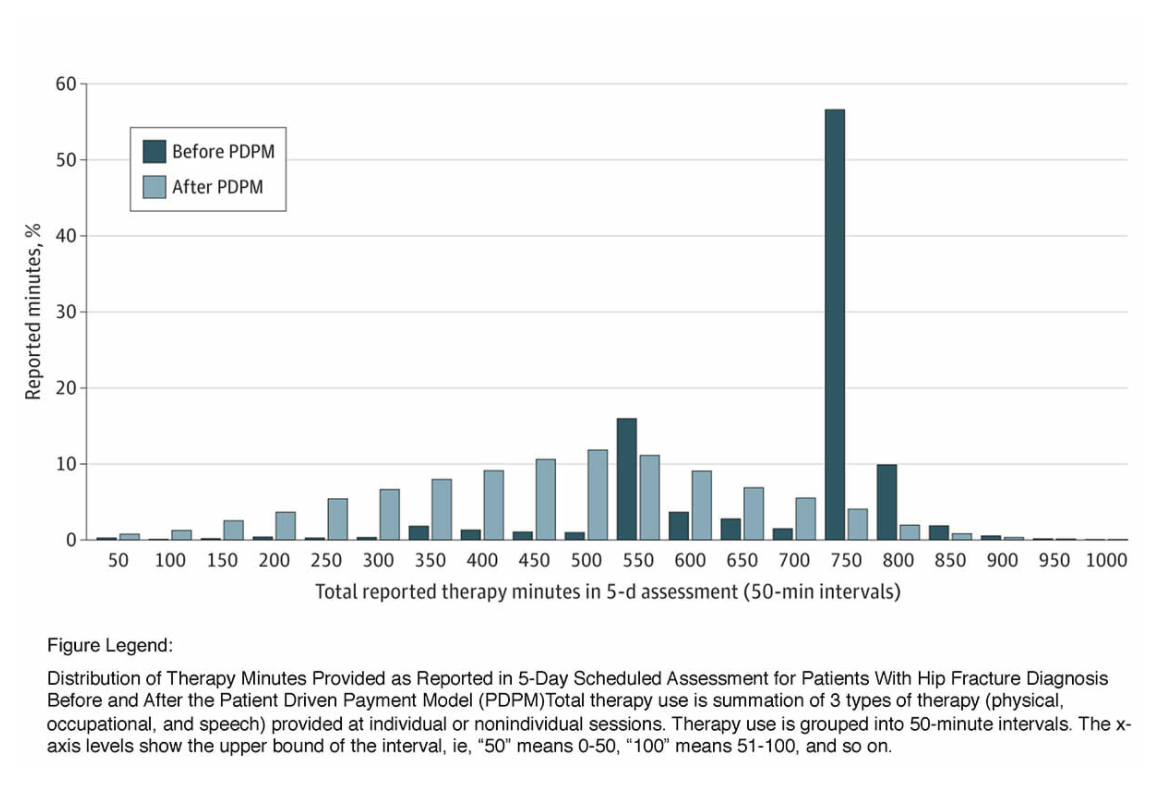 CMS created PDPM to maintain the same spending amount as the old RUGS system as well, but instead saw a staggering 5% increase in overall revenue gains; that translates to about $1.7 billion. Medicare revenue per patient day (RPPD) increased 7% in 2020 under PDPM, compared to 2019.

The industry manipulated assessments to exploit the new reimbursement model. For example, as depicted in graph, prior to PDPM, only about four percent of residents had depression on admission but rose to double digits beginning October 2019 when PDPM started.

COVID-19 also impacted usage of the new payment model. Median occupancy was 77.5% in 2020, down from 85% in 2019. From the second through fourth financial quarter of 2020, the COVID diagnosis billing code was overwhelmingly the top code used by skilled nursing providers: 14.4%, 13% and 18.9% for these three quarters respectively. Census dropped but revenue went up because of the bailouts.

Usually CMS issues its proposed rule in April and finalizes that rule in July. Any fix will reduce payments which are higher than desired. They were in place for a few months before the pandemic and were a complete failure.