The Dayton Daily News reported on the problems with staffing at Ohio nursing homes. The industry suffers from high nursing home staff turnover. The pandemic has made staffing and turnover worse. Why risk death for minimum wage?

Nursing home aides provide the bulk of custodial or direct care. They are heroes on the front lines in the pandemic. It is an extremely tough job with little pay and no benefits. High turnover and low retention related to low pay to the emotional and physical demands of the job are the norm. The average annual aide turnover rate in 2015 was 54.7% and the average annual aide retention rate was 63.8%.

Patrick Schwartz is a spokesman with LeadingAge Ohio which represents nonprofit nursing homes and other long-term care providers. The job now has higher risk and more pressure.

“Long term care workers now have to limit their conduct in the community, they have to watch everything they do, they have to submit to regular testing, they have to wear PPE all day,” Schwartz said. He also said there can be a spike in fear among staff when there’s a positive case.

The lack of PPE and a living wage prevents many caregivers from continuing in the field. Would you risk death for minimum wage?

Turnover is also an issue among management at the facilities. Studies show that management turnover directly negatively affects care provided to residents. Turnover of facility administrators and directors of nursing occurred in 27% and 35% of facilities, respectively. Researchers found a higher proportion of psychiatric residents associated with higher turnover. This shows better training, supervision, and mentoring in working with this population of residents could have an impact on aides.

Then these front-line heroes discover that Trump used money allocated for masks and other safety measures to purchase spare parts from military defense contractors. Most Americans lack confidence in Trump’s ability to handle the pandemic. Now, the Second wave is here. 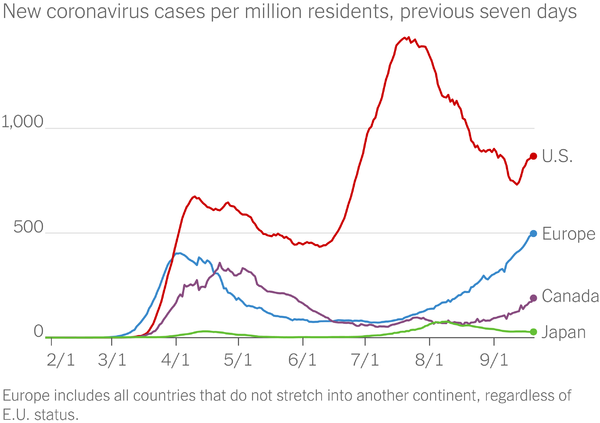 Trump on Monday again gave himself an “A+” grade on his handling of the coronavirus pandemic. He somehow believes allowing 201,000 dead Americans was a “phenomenal job” even as the cold weather surge is upon us. Trump continues to lie by downplaying the pandemic.

He falsely told a crowd at a late-night rally this week that the virus mostly affects “elderly people, elderly people with heart problems,” then went further. “It affects virtually nobody,” he said. “It’s an amazing thing — by the way, open your schools!”

KFF reports that almost 1300 caregivers died so far from the pandemic. None of them were “elderly people with heart problems.”