Mass shootings often involve the use of an AR-15-style weapon.  The love of the AR-15 style weapon isn’t just about “freedom” or Second Amendment absolutism. It’s about Christian Nationalism. Rep. Lauren Boebert (R-Colo.) at a Christian conference said that Jesus didn’t have enough AR-15 rifles to “keep his government from killing him.”

Whipping up supporters against a perceived enemy to create a statistical probability of an attack without advocating a specific event is known as “stochastic terrorism.”

One gun company, Daniel Defense, exploits the Christian faith. They misuse a line from Proverbs 22:6. “Train up a child in the way he should go, and when he is old, he will not depart from it.” The use of Biblical passages to sell a weapon is gross. 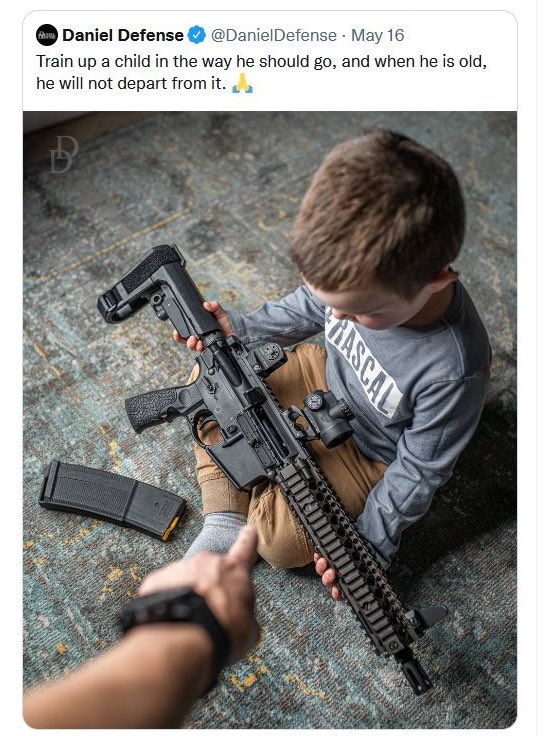