“Trump’s got $100 million and he’s spending almost none of it to support these candidates.”

Sen. Ted Cruz (R-Texas) is criticizing Trump for not spending campaign contribution to boost his candidates ahead of next week’s midterm elections. On podcast, “Verdict with Ted Cruz,” Cruz cried that Trump spent “almost none” of his large cash reserves in key Senate races.

Trump is saving the money for his many legal defense funds.

This shows that Cruz will challenge Trump for the 2024 nomination. 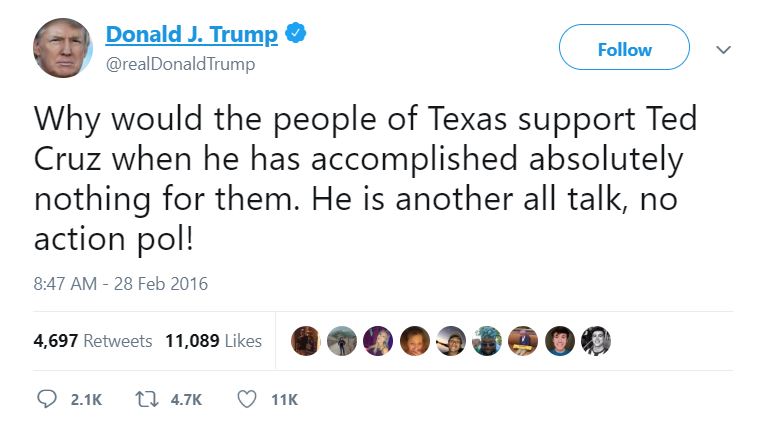